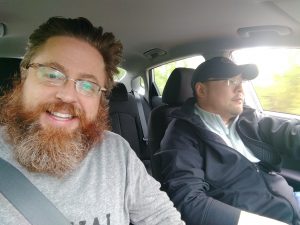 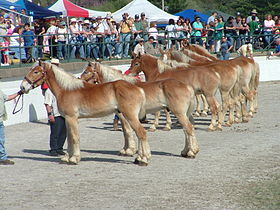 Mule Day, an annual celebration of all things related to mules, is held in Columbia, Tennessee, the self-proclaimed “Mule Capital” of the world. Begun in 1840 as “Breeder’s Day”, a meeting for mule breeders, it now attracts over 200,000 people and takes place over four days. In addition to mules, traditional Appalachian food, music, dancing, and crafts are featured.

“Mule Day” has been a popular Columbia tradition for nearly 170 years, since the 1840s. It began as “Breeder’s Day”, a single day livestock show and mule market event held on the first Monday in May. Over time, “Mule Day” evolved from a single day event into a multi-day festival, attracting thousands of attendees, lasting almost a week. According to its official website, the heavy involvement of Maury County in the mule industry caused the event to grow for a time into “one of the largest livestock markets in the world.”

In 1933 Thomas Marion Brown had the idea for a Mule Day Parade and Celebration as a way to bring in money to the community. He approached W.D. Hastings of the Daily Herald & J.J. Johnson to bring this event to life. They went to the Chamber of Commerce and in 1934 the First Mule Day Parade was a reality. Tom designed the Mule Day Crown which is on display in the Maury County Public Library. He was the first Grand Marshall and led the parade for about 7 years. 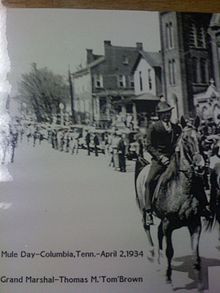 Mule Day suddenly gained wider notice in 2006 when the Mule Day Parade listing in the National Asset Database, a Department of Homeland Security(DHS) list of potential terrorism targets, was featured in a New York Times article.

If you visit during Mule Day celebrations, you might see a square dance, a mule-driving contest, a horse show, a crafts festival, or attend a flea market. Other events include “working mule”, “best of breed”, lumberjack competitions and the Liar’s Contest, a rural-themed story-telling competition. Food served at the event includes barbecue, roasted corn, home-made pies and funnel cakes.

Since 1934, the festival has been highlighted by a “Mule Day Parade” held on Saturday during the celebration. Floats in the parade compete, with winners in each judged category receiving awards such as ribbons or money.